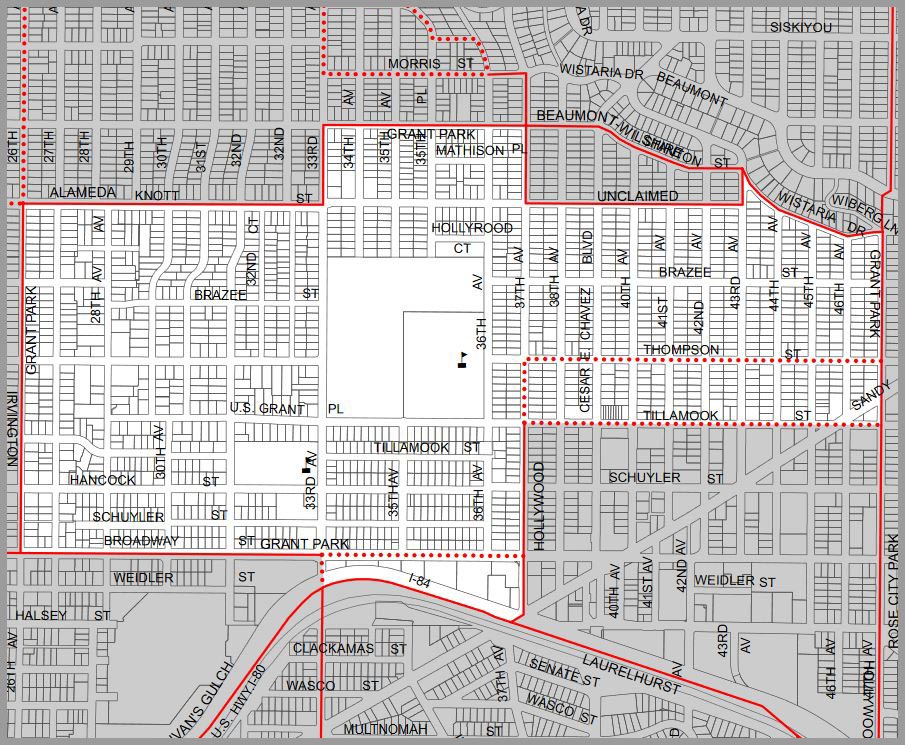 Click on the map to view a larger version with the key and border descriptions.

Grant Park is one of Portland’s 95 geographically defined neighborhoods. Located in northeast Portland, Grant Park is bordered by Alameda and Beaumont-Wilshire to the north, Irvington to the west, Rose City Park to the east, and the Hollywood District, Sullivan’s Gulch, and Laurelhurst to the south.

How the Place Got Its Name

Grant Park is named after General Ulysses S. Grant, the eighteenth president of the United States. Grant visited Portland three times. He lends his name to the neighborhood, the high school, as well as the beautiful park of almost 20 acres.

Grant Park neighborhood was partially settled in the 1850s, by a donation land claim known as the Bowering Tract, a long and narrow strip of 160 acres from Northeast Fremont to Halsey near Northeast 33rd Avenue. According to Rod Paulson’s Portland Neighborhood Histories, Vol. 1 (Community Press), the property changed ownership among local developers Ellis Hughes, David P. Thompson and John W. Brazee who ultimately sold it in 1887 to Charles Cardinell. The same year, Fernwood was laid out into city blocks. In a plat recorded in August 1924, a subdivision of Grant Park known as Dolph Park was dedicated by Eliza Dolph, a descendent of Charles Cardinell. Dolph had inherited two large tracts in the original Fernwood section between Northeast 28th and 32nd Avenues, from Northeast Thompson to Tillamook Streets. Dolph Park remains demarcated within Grant Park neighborhood by its own historic neighborhood marker signs.

Strolling the Neighborhood: Grant Park is a safe, friendly, walkable place, filled with lovely homes and tree-lined streets. Residents spend a lot of time working outside, and it’s not uncommon to see impressive vegetable gardens and mature trees bursting with fruit. One of the most charming features of the neighborhood is that many homes have a poetry post out front displaying everything from classic poems to copies of their kids’ artwork. Many residents also have mini-libraries outside from which passers-by can borrow books.

If you fancy a drink or a night out, there are abundant choices. Take a short drive or public transportation to enjoy all that downtown Portland has to offer, or walk to the nearby Hollywood District or down bustling NE Broadway to a myriad of pubs, restaurants, and shops. Residents are spoiled by many grocery store options, with Fred Meyer, New Seasons, Trader Joe’s and Whole Foods all within easy walking distance. Additionally, the Hollywood Farmer’s Market provides great options for locally grown produce, wines, cheeses, and crafts on Saturday mornings.

Grant Park is also known for famed author, Beverly Cleary, who grew up here and it’s where her stories take place. Beverly Cleary lends her name to a local school, and there’s a Beverly Cleary Sculpture Garden in Grant Park featuring characters from her beloved books. 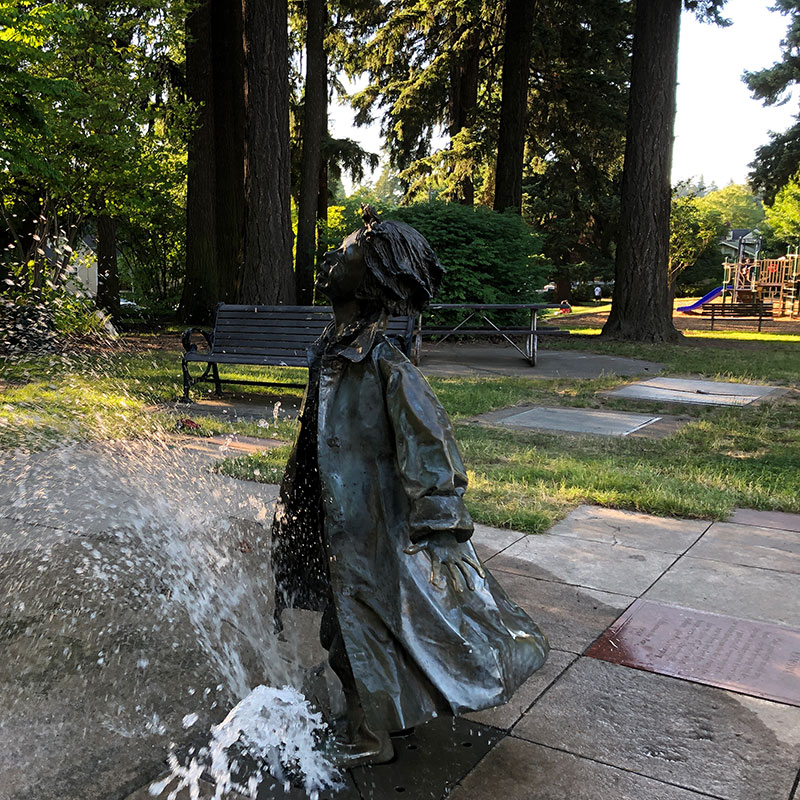 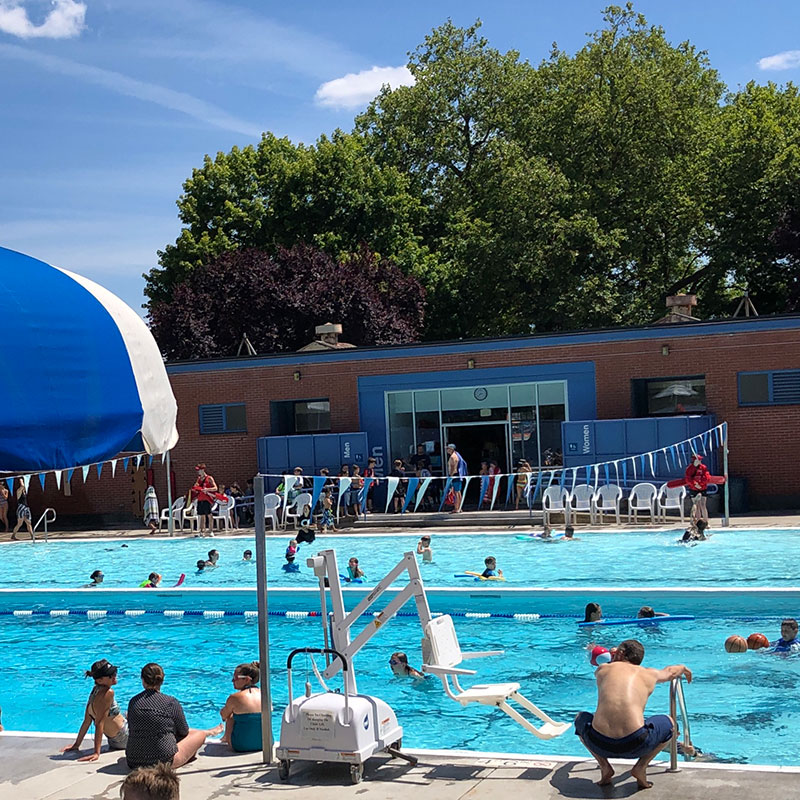 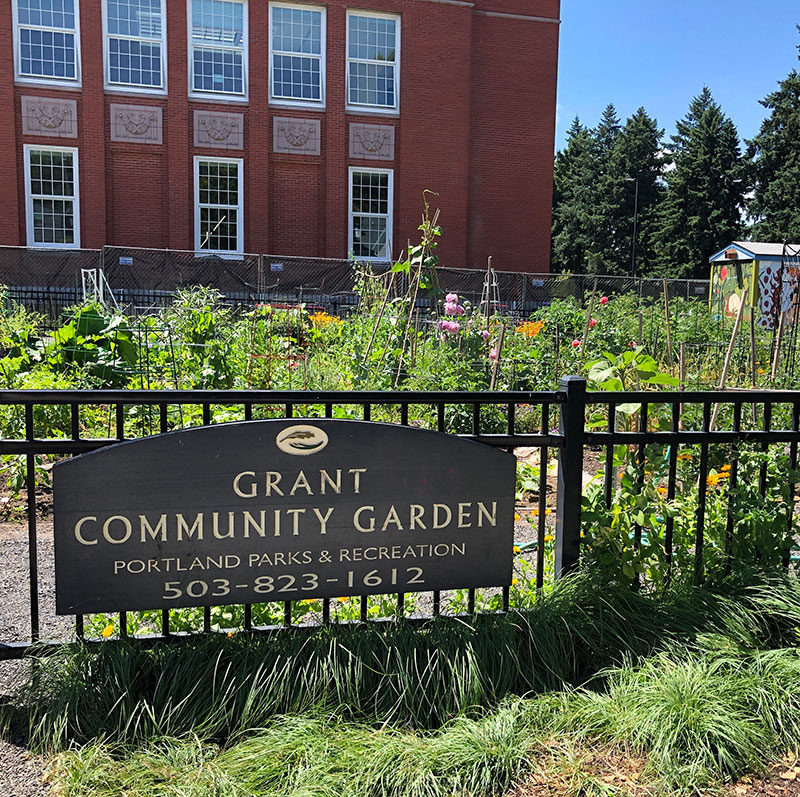 Grant Park is a recreational destination for many city residents. There are many things to do in the park that shares the neighborhood’s name. There’s an outdoor pool for summer fun. There’s the Beverly Cleary Sculpture Garden, with statues of Henry Higgins, his dog Ribsy, and Ramona in her rain gear. There are fountains in the sculpture garden in the summer for little ones to enjoy. Other amenities include a children’s playground, basketball courts, a baseball and softball field, soccer fields, a running track, tennis courts, picnic areas, and a dog off-leash area. There’s also a community garden. The Northeast Community Center, located nearby in the Hollywood District, is another great local resource for families. The nearest branch of the Multnomah County Library System, the Hollywood Library, is also minutes away.

The public schools in Grant Park have a great academic reputation. After two years’ of construction, Grant High School was fully remodeled as of Fall 2019. The Beverly Cleary K-8 School, a two-campus institution, serves younger students. Kindergarten and first grade students attend the Hollyrood campus on the northeast corner of Grant Park, and second through eighth grade students study at the Fernwood Campus at NE 33rd Ave and NE Hancock St.

Grant Park is very conveniently located, with good public transportation options. The transit score is 60.There are three bus routes, and while there is no MAX light rail or streetcar stop in Grant Park, the Hollywood/NE 42nd Avenue MAX station is only a 10 or 12 minute walk away. Downtown Portland is about a 12 minute drive by car. The neighborhood is also very walkable, with a walk score of 81, and the bike score is 94.